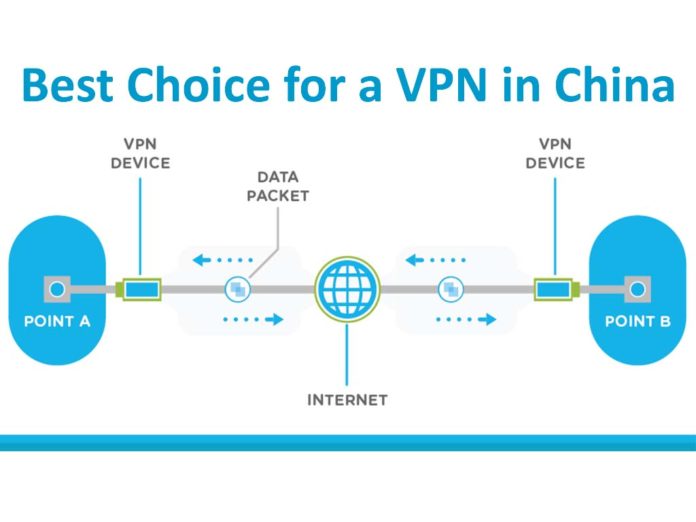 What is Great Firewall?

Before travelling to China, one should know about the Great Firewall. It is used to filter and censor different websites. These websites may contain some politically sensitive content. Few restricted social media websites in China are YouTube, Facebook, Twitter, and Google. There are many other websites and app which are not allowed to operate in China. Sometimes it is necessary to keep in touch with your friends and oversees family.

An alternative to getting access to banned Web sites and Apps:

Although, you can get access to these portals through a variety of methods. One of the simplest solution is to buy a VPN (Virtual Private Network). Now you must be thinking that what is VPN and how it works to make it possible to access restricted websites. Well, let’s have a look into its working and usage.

VPN and its working:

A VPN is a private network that uses a public network (usually the internet) to connect remote sites or users together. It also allows you to connect with restricted sites through your connection with another server. In this setup, VPNs give you outcomes in the following ways:

Points to be considered for buying a VPN:

There are many VPN service providers in China. But the Chinese government is having a strict check and balance on all these services. All of the VPN services do not work in China. Before going for VPN services, one should check its reviews by others. Also, check out the pros and cons to find out its compatibility with your needs. Besides these precautionary measures, one must consider the following factors also:

The speed is a vital consideration while choosing a VPN. If you want to stream High Definition (HD) videos, then you need to choose a fast VPN service.  Express VPN is considered to be fastest after analyzing its reviews.

There is a number of free VPN services which offer its feature with limited access. The free version is just a trick to attract more users towards it. When you get addicted to it and want more functions, it limits the speed and also forces you to see many advertisements. We do not recommend free VPN services as these are a big threat to our privacy also.

Budget VPN services are the best with unlimited features. Its utmost priority is to value your privacy. If you are a torrent user, Budget VPN should be the best one.

All VPN service providers should be responsible to China’s customer. They should be answerable in case of stop working because of Great Firewall. Every VPN should have an alternative way for its smooth working among Chinese VPNs.

For example, the best Chinese VPN services ExpressVPN and VyprVPN operate on its alternative websites. It happened when official websites were blocked by the Chinese higher authorities.

The most triggering need is of 24/7 customer support. In case, someone needs help regarding its connection. Then there must be someone to give you replies with best technical support. There are almost all VPN providers who offer ultimate customer support. But you should go for it after asking few questions and test their customer support yourself.

As everyone is well aware of the China “Great Firewall”. So we should not go for VPN services abruptly without any research. We should keep in mind the maximum points to check its compatibility while living in China.

Rahul Sharma - June 27, 2017
0
Now, you might query Facebook for the user's information because you finally have a valid session. Facebook relied on quite a few external technologies...