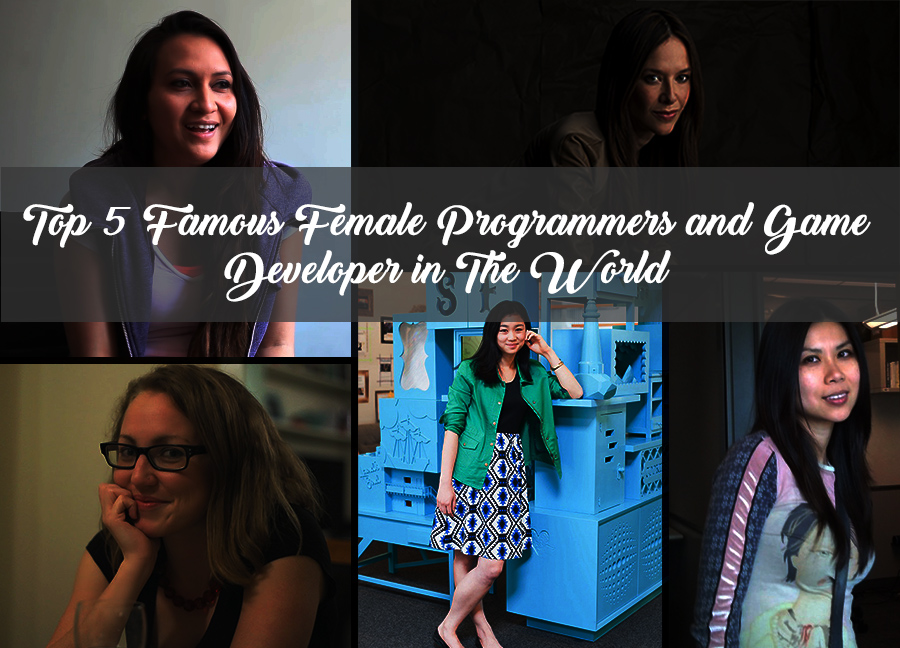 Programming is enchanting career option in today’s world. It has mystery, elegance, and revenue that have given you hard to achieve the best. However, it is a field dominated by the males. In history, I did not find single women in this race because the men’s capture all the spots. In my recent research, I have found some crazy and glamorous female programmers who have made their names for themselves. Here is the list of sexiest programmers in the world.

Have you ever played Assassins Creed? If you have, you will be amazed to know that the producer of the game is a programmer called Jade Raymond. Raymond is known particularly for her academic excellence. She graduated from St. George’s School of Montreal in 1992 and Marian Polis College in 1994. She started her career as a programmer for Sony. She had worked with The Sims Online as a producer.  In January 2010, she moved to Toronto to build a new studio that is Ubisoft in the role of managing director. Sara Haider is another exciting and talented programmer in the world who codes! She completed her education from the University of Waterloo. She started her career with Sonic Solutions as an intern. Sara is currently working with Twitter as staff software engineer, working for vine for android project. She also worked with Google for a considerable amount of time. She is also works for ‘Girls Who Code’, a non-profit organization as an adviser and hopes to inspire young girls to build their own paths and stay ahead in emerging trend of technology. Corrine Yu is an American Game Programmer was born in Hong Kong. She has captured first spot in the world from the list of female game programmers. She is a professional graphics programmer and coder too. She has worked in various popular games including Brothers in Arms, Borderlands, Zombie, and Unreal Engine 3 with an emphasis of physics, lightning, and shadows. She programmed facial animation; lightning and developed new technology for one of the amazing video game in 2012 called Halo. She also received national award in 2009 for Nuclear Physical Research. Tracy is the great personality for raising issues for low profile representation in technology companies and pressuring companies to reveal more statistics about composition for their workforce. Chou holds bachelor’s degree in Electrical Engineering and Master’s degree in Computer Science from the Stanford University. Tracy has worked with the top most technology companies across the world. She has prime work experience at Pinterest, Quora, and Internship experience at Rocket Fuel Inc., Google, and Facebook. The reason you are addicted to iPhone Games is Amanda Wixted.  I think everyone is addicted to famous Farmville game and Amanda Wixted is the female who has lion’s share in the development of the game. Wixted born in November 1981 is a computer game programmer and founder of Meter Grove Software. She graduated in 2015 from the University of Arizona, after took a job as game programmer for SkillJam. There, she was leading a team that created 10 mobile multiplayer games simultaneously.

In 2007, she left SkillJam and start working at Namco Network America Inc. At Namco, Wixted started bringing classic games back by porting them to the IPhone and J2ME mobile devices. These games are PAC-MAN, Galaga and Dig-Dug. She has worked for top trending apps Zynga and Instagram. Presently, she is consulting and managing some companies and owned a company Turf Geography Club.