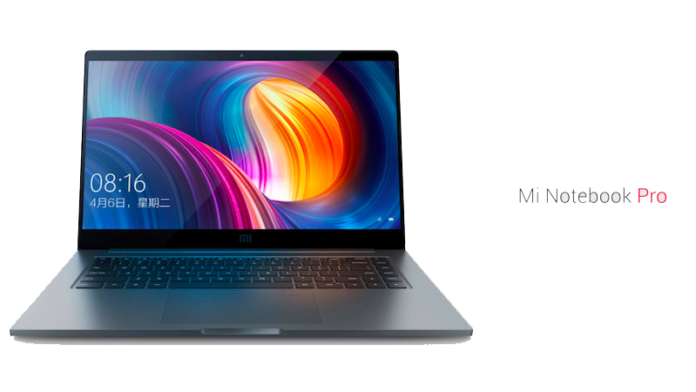 Xiaomi has set to seize the laptop market last year with its Mi Notebook Air concept that was designed to target Apple’s MacBook in both brand and design. This year Xiaomi the Chinese company is turned its focus to Apple’s MacBook Pro, with the launch of its own Mi Notebook Air and now Mi Notebook Pro. The Mi Notebook Pro includes a 15.6-inch Screen (1920 x 1080) with narrow bezels, Intel’s 8th generation quad-core i7 processor, up to 16GB of RAM, up to 1TB of SSD (Solid State Drive) storage, and Nvidia GeForce MX150 dedicated graphics.

There’s also a fingerprint sensor built into a precision trackpad, a 3-in-1 card reader, Dual USB-C ports, 2 Regular USB ports, and a full-sized HDMI port. Xiaomi is rapidly to point out that this is a more assorted mix of ports than Apple’s MacBook Pro that has only features four Thunderbolt 3 USB-C ports. The specifications of Mi Notebook Air certainly looks good on paper (apart from a 1080p display), but we’ll need to get to know more about the laptop.

Rahul Sharma - September 5, 2017
0
Xiaomi has announced the Mi A1, a new flagship smartphone which is targeted on the Indian market with the tagline of “created by Xiaomi,...
THE MOST DISTINCTIVE FEATURE? STOCK ANDROID

How to Activate MS Office 2019 Pro Plus without Any Product...